克魯明覺得更大問題是，蓋特納覺得銀行仲有得救。“assumes that banks are fundamentally sound and that bankers know what they’re doing.”

「Excuse me, I'm choked up with anger here!」

Is HSBC’s $17.7 billion rights issue a sign of weakness or of strength?

THERE are two radically different tales doing the rounds about HSBC, Europe’s biggest lender by market value. The first says that HSBC, deep down, is still an emerging-markets operation run by rugged types who disdain the sorcery of modern finance. Under the temporary grip of an evil spell in 2003 they bought Household, an American consumer-credit firm that then haemorrhaged losses. On March 2nd they snapped out of it. HSBC’s chairman acknowledged that it was “an acquisition we wish we had not undertaken”, wrote off its cost and promised to run down its book of dodgy loans. Having opened its heart, HSBC felt able to lower its dividend and raise its core tier-one capital ratio to 8.5%, above those of JPMorgan Chase (6.4%) and Santander (7.2%), two more of the Western world’s biggest banks also vying for the title of the safest one.

Against this there is a horror story. It says that HSBC’s definition of capital excludes mark-to-market losses on asset-backed securities (ABS). Furthermore, particularly demanding critics say that it also excludes mark-to-market losses on its loan book. Like almost all banks, HSBC carries these at book value and impairs as customers default. However, include both these items and the core tier-one ratio would drop to just 2%. Treating loan books on the same basis, JPMorgan would be at 5% and many other banks would be insolvent.


This would suggest that HSBC is in fact poorly capitalised, and needs to raise even more equity. The alternative, advocated by, among others, Knight Vinke, an activist investor, would be to cut loose Household, which HSBC does not legally guarantee and which accounts for just over half of the additional mark-to-market losses. Household’s credit spreads are much higher than HSBC’s, suggesting that investors think this is possible, despite HSBC’s verbal assurances to the contrary.

Which story is right? Given the risk of litigation, the reputational hit and the fact that HSBC has itself loaned Household some $13.5 billion, its mark-to-market loss would have to get a lot worse before HSBC was prepared to let it default. And like many banks, HSBC argues that there is at least some chance mark-to-market losses overstate the ultimate impairments it will face. The ABS loss has been very volatile, doubling in six months and stands at ten times HSBC’s “stress test” estimate of the probable hit. The mark-to-market loss on Household’s loan book is double what optimistic analysts think the likely ultimate impairment will be.

Pleading that fair-value accounting is cruel is hardly unique, but what makes HSBC’s position more credible than most is that it has the capacity to wait and see. Its funding position is excellent with deposits exceeding loans, reducing its dependence on wholesale markets. And the core business continues to generate lots of pre-provision earnings. If spread out over several years, the bank could absorb the hit from Household implied by the mark to-market valuation without damaging its capital.

Indeed the real moral of the tale is different. Compared with other banks HSBC is protected by its big deposit base and its profitability. It looks therefore as if investors will back the rights issue. Others do not have even that comfort.
//////////////////////////////////////
老實說，目前要唱淡匯控談可容易，基於一些大家知啲又唔知資料，好似係loan book有無有按市值入帳、抑或美國貸款(包括信用卡)，大家都可以很輕易得到一些極端結論，例如跌至單位數云云。

Promote Your Page Too 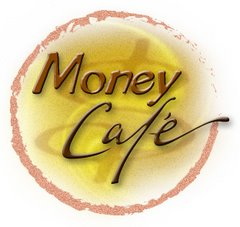